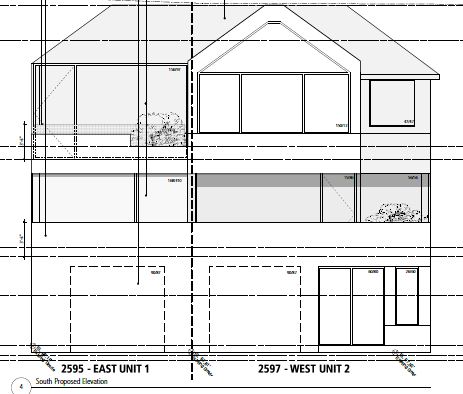 If you’re looking for a great project to start or expand, you can start by reviewing some of the current development applications in West Vancouver. You can then read about the public consultation, revised drawings, and the impact on the neighbourhood and foreshore. You can also learn more about the approval process for the development. If you have questions, contact the Development Applications Office for further assistance. This process is relatively simple and can be completed in as little as a day.

If you’re looking for a new project in West Vancouver, you’ve probably heard of the city’s infamous “Ambleside” rezoning. Located along the waterfront, this site could potentially generate revenue for the city. While the original decision was deemed unacceptable by many, the city opted to adopt a lower height limit of 175 feet, which was subsequently advertised to the community during the public hearing process.

The district’s process for approval of these developments has always followed a consultation process. The current housing proposal is located at the Shape Your City website, where residents can voice their opinions and concerns. The development application process will continue through to a public hearing on June 28th, 2022, at 6 pm. The city is facing a housing crisis in the city, as more than 2,000 people are experiencing homelessness. The public consultation process is an essential part of the process, as it helps determine whether projects are in keeping with the city’s planning laws and zoning requirements.

The district’s Economic Development Plan was produced in January 2018 by staff. It was the result of two years of planning and consultation, and was replete with public relations bafflegab and flawed assumptions. Moreover, the plan came just as the COVID pandemic was coming to North America, and the Chief Health Officer had ordered a lockdown of many commercial enterprises. It’s clear that this plan failed in its objective of stimulating economic growth.

The District of West Vancouver recently issued a bulletin to property owners and builders about the backlogs it is facing in processing new home building applications. According to the bulletin, West Vancouver is facing unprecedented levels of new building permit applications. Despite this, the district is confident it will be able to meet demand. If you’d like to make your voice heard, fill out the feedback form. In return, you can win a $500 prize.

A site plan must include the following details. Each discipline must include a list of cross sections and Construction Details. The final design must conform to the approved drawings. Moreover, the drawings must have the stamp of the reviewer. You can find the complete list of requirements at the city’s website. However, it is important to remember that these requirements are not exhaustive. It is important to consult the city’s website to make sure that you’re meeting all requirements.

The District of West Vancouver has issued guidelines for land use planning in coastal floodplain areas. The Foreshore Development Permit Area would establish guidelines for new buildings and ensure the protection of the foreshore environment. The foreshore Development Permit Area encompasses all properties within the coastal floodplain area. It also includes properties adjacent to the foreshore. Therefore, there’s a lot to consider when applying for a development permit.

Impact on the foreshore

The impact of climate change on storm surges and sea level rise has increased the need to develop building regulations that consider coastal hazards in waterfront communities. To meet this need, the District of West Vancouver is creating a Development Permit Area (DPA) for the foreshore to protect people and property from coastal hazards. This development permit area will serve as a legislative policy document that guides development in a coastal floodplain.

The District of West Vancouver is preparing strategies to protect waterfront properties from coastal flooding and the increasing cost of building near water. By making this process more transparent, residents can help protect their waterfront homes. On April 28, the public is invited to attend a virtual information meeting to learn more about the proposed strategies and ask questions. The District is preparing new regulations that would affect 780 residential properties. While the proposed regulations may seem complicated at first glance, it is crucial to understand the full extent of their impact.

The West Vancouver development application recognizes the need for alternative housing forms. Rather than building a luxury tower on the site, the developer has applied for a 53-storey tower with 303 market residential units. This will increase the density of unaffordable housing. The majority of the Vision Vancouver group has opposed this proposal and calls for the site to be redeveloped for liveable affordable housing.

Impact on the neighbourhood

The city of West Vancouver has recently passed new building regulations, which will go into effect in January. The new regulations come after citizen-led consultations. Previous councils have tried to curtail demolition of existing homes, but failed. The biggest changes include reducing the maximum floor area ratio to 50 percent and increasing the number of secondary suites or coach houses. However, there have been some complaints from local residents about the approval process.

The District of West Vancouver is currently in phase three of its four-part OCP renewal process. However, the city has yet to address issues related to quality of life, such as traffic, environmental impacts, and noise. Zoning is a land use regulation that implements the policies and objectives of the OCP. This tool can help limit potential nuisances and reduce negative impacts. The City is still reviewing the details of the new OCP.

The city has also imposed a new development bylaw. During the public hearing process, the council’s decision was announced. However, residents were not happy with the new bylaws. They did not like the idea of a coach house because it would be prohibitively expensive. A resident commented that bylaws did not go far enough to encourage densification. A recent benchmark home price in West Vancouver was $3,121,800, nearly 17 per cent higher than a year ago.

As an example, the proposed plan to protect Eagleridge and Inter Creek from development would protect a large natural area. It would limit the amount of sprawling suburban development that would result. In the meantime, the plans would also limit the number of single-family dwellings. These two development plans would ensure a more compact and sustainable neighbourhood. They also promote a more equitable distribution of housing types in West Vancouver. The city also hopes to attract more high-quality residential development.

The MST Partnership and COV, the city of Vancouver and the First Nations development corporation, signed a Memorandum of Understanding to work together on this project. They are aiming to get a major transit line extension in the region and are committed to helping to make it a reality. Their goal is to build a world-class transit station that would benefit the city, the region, and the region.

The development application process will allow for the protection of a large natural area. It will help prevent development of lands designated for conservation and recreation. The project will also help to improve existing trails in the area. It will also help address the housing needs of residents in West Vancouver. At this time, the MST Partnership hopes that the proposed development will be in the right place and will result in a better neighbourhood for everyone.

One such development proposal would be an eight-storey, 89-unit condominium. This proposal would preserve the existing office building at 660 Clyde Avenue as a heritage resource. The development proposal is also in line with the council’s policy on sustainable building, which directs development applications to move faster towards the BC Step Code. The project would also feature green building features. This is not the first time a developer has submitted a proposal to replace a heritage building.