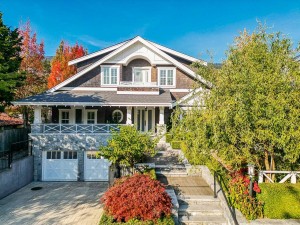 Purchasing a home in Cypress Village in West Vancouver, Canada is a great way to invest in your future. This community offers the opportunity for you to be surrounded by a variety of amenities, including a community centre, green space and multi-purpose pathways. It is also close to the shopping district, and there are plans to expand the community further.

Interested parties have had an opportunity to weigh in on the District of West Vancouver‘s draft Area Development Plan for Cypress Village. The plan includes 3,700 housing units, including affordable housing units. During the public consultation period, British Pacific Properties (BPP) will draw up recommendations for Council based on input from residents.

Cypress Village is being planned to be a mixed-use, compact and sustainable urban community. Its design will explore a new approach to urbanism in a mountain setting. The plan will also provide opportunities for outdoor recreation and reduce the impact of traffic. The plan will include new trail networks connecting to existing trail networks in the area.

British Pacific Properties (BPP) will also provide a bus service between Cypress Village and Rodgers Creek neighbourhoods. This service will be privately operated until passenger volumes are high enough for TransLink to take over. The developer will also be responsible for on-site servicing infrastructure.

BPP will also expect to include a community centre, a fire hall, a library, a health care centre, daycare centres, a cinema, arts and culture space and an elementary school. In addition to these, British Pacific Properties has been invited to provide a commercial hub.

The proposed development will take place over 20-25 years. The planning team will finalize a package of proposed bylaws for Cypress Village. There will also be a financial impact analysis in the supporting package.

Almost 50 acres of land will be dedicated to mountain biking trails, which will be part of the upper Mountain Path on Cypress. This pathway will eventually connect to the Cypress Pop-Up Village.

British Pacific Properties is working with the District of West Vancouver to develop Cypress Village. The project is expected to be built over the next 20-25 years. It is planned to be a mixed residential, commercial, and retail centre. The development will include a new community centre. It will also include funding for improvements to local creeks.

BPP wants the village to be a place that will attract recreational users. They also want the community to be involved in the planning process for the trail network.

The community centre would be located near the village’s core, and would initially include a kindergarten to grade three elementary annex. In the future, a larger elementary school for grades 7-9 could be built. The village would also feature a sports and fitness centre, outdoor recreational facilities, and an ice rink.

The planning team has participated in Cypress Liaison meetings. It is expected that a final Area Development Plan will be presented to Council in the fall. The draft plan includes 3,700 residential units. Some rental housing will also be built. The financial impact analysis will be part of the package of materials.

The central area of Cypress Village would have flat terrain with gentle grades. It will also have short walking distances to the retail district. In addition, there would be numerous parks, a business park, and local serving retail. The development is designed to provide local services, including coffee shops, restaurants, and local shopping.

Despite the name, Cypress Village will not be a “non-stop building site.” The district’s planning team has been working closely with representatives of Cypress Mountain, a 121-hectare property on Lot 6.

The Draft Plan outlines plans to protect the natural environment of Eagleridge. It also protects 280 acres of land from development in Cypress Village. The plan notes that the new development will not have a significant impact on the taxes or fees collected by the District.

The proposed master plan would provide a total residential population of 7,000 people by 2045. It also includes a park dedication bylaw. The vision for Cypress Village is to concentrate development in a compact and sustainable way.

The draft plan also describes a mountain biking area, as well as areas for recreation. The community centre would be located near the heart of Cypress Village. It would also be an integral part of the public school system. It would initially be used for Grades Kindergarten to Grade 3 annex. The community centre would eventually be able to accommodate a larger elementary school for Grades 5 to 7.

Cypress Village would be developed over a period of 20 to 25 years. It will be a mixed-use development, with some purpose-built rental units and market rental homes. The housing mix is designed to be more affordable than typical West Vancouver homes. The Draft Plan lists 184 rental homes at below-market rents.

Walking distances to the retail district

Approximately 3,700 new housing units for approximately 7,000 people are planned for Cypress Village, West Vancouver. The District of West Vancouver is currently preparing a final Area Development Plan for Council approval in the fall. During the planning process, the district has received public feedback on the draft plan.

Cypress Village is intended to be a transit-served community with amenities including schools, community centre, retail/service uses and parks. It will also include over 50 acres of land dedicated for mountain bike trails. Throughout the development, new trails will connect to existing trail networks. It will also be the gateway to outdoor recreational opportunities such as Cypress Mountain ski resort and Cypress Provincial Park.

The development is set to be built over the next 20-25 years. The first buildings could be constructed as early as 2022. British Pacific Properties (BPP) is a well-known real estate developer in West Vancouver. It has designed the Capilano Golf Course and built many other communities throughout West Vancouver. It will provide funding for improvements in Cypress Village.

The development of Cypress Village will provide an attractive amenity to West Vancouver residents. It will include locally-oriented shops, restaurants, cafes, commercial space, and a new community centre.

Earlier this year, the District of West Vancouver launched a planning process for Cypress Village. The development will feature 3,700 housing units for approximately 7,000 residents.

The planning process was led by a community-based working group. A 215-acre Area Development Plan (ADP) was developed by the group.

The ADP includes a retail village, pedestrian-oriented commercial area, community centre, and other amenities. The centre will be a focal point for the Upper Lands community. Eventually, it would accommodate an elementary school from Kindergarten to Grade 7. The community centre would also be a multi-purpose facility. It could include outdoor recreational areas, a multi-purpose pathway system, and multi-purpose rooms.

The Centre would also serve as a commercial hub for the Cypress Village development. It would include a grocery store, a pharmacy, coffee shops, a public library branch, and possibly a small hotel.

The Cypress Village Vision will concentrate development in a sustainable, compact manner. It will also protect a large natural area. The plan includes new trail networks that will connect to existing trails in the area. It will also include an Independent Transit Service. This will reduce private automobile trips out of the neighbourhood. It will also connect Cypress Village to the TransLink bus service at Park Royal.

Cypress Village is the second high-density development proposed for West Vancouver. British Pacific Properties acquired land in 1931. The company paid taxes for the land and has committed to public infrastructure improvements. The development will include 5% to 7% single-family homes, and 94% of housing units will be apartments or townhouses.