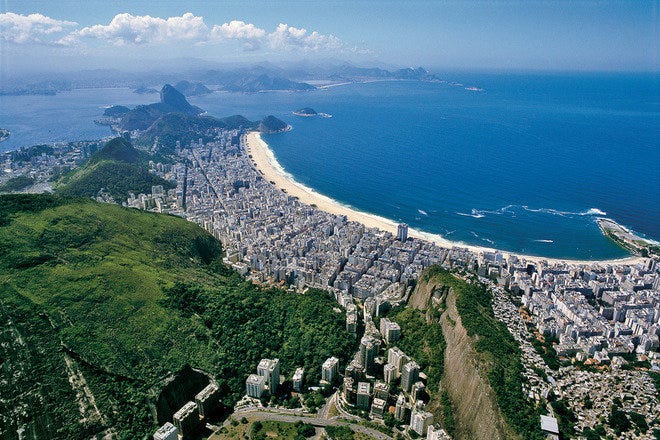 The Christ The Redeemer West Vancouver parish offers a wide range of services to local residents. It has many different locations, including a church, school, and rectory. For more information on the church and parish, click here. Also, read about St. Pius, Holy Trinity, and St. Stephen, all located in the community.

For 25 years, Christ the Redeemer Parish in West Vancouver has been a place of prayer, faith, and beauty. The parish is dedicated to adult faith formation, beautiful liturgies, and outreach to the community. This community has a rich history and is looking forward to the future.

Herb Yang, a parishioner for more than 40 years, is an active member of parish life. He is the past Grand Knight and regularly leads prayer before Masses. He also serves as a lector, extraordinary minister of Holy Communion, and emcee for parish events. Herb is also a member of the Knights of Columbus, where he organizes many Knights’ services and functions. He has also served as a State Youth Director, Program Director, and Chairman of the State Charity Appeal.

The archdiocese of Vancouver recognizes the services of the laity as an integral part of the church. This parish was founded by Father Timothy McCarthy, an Irishman who spent his entire priestly career in the Lower Mainland. He was a gentle man with great faith. Born in Cork, Ireland, he began studying for the priesthood in England in 1961. He was ordained for the Archdiocese of Westminster.

For many years, Christ The Redeemer Parish has been the home of Catholic worship in West Vancouver. The parish supports Catholic education and nurtures its members’ journey of faith. They also celebrate beautiful liturgies and offer adult faith formation. You will find that the parish has a strong community spirit.

The parish was founded by Father Timothy McCarthy, a native of Ireland who served most of his priestly career in the Lower Mainland. He was an easygoing and faith-filled man. He was born in Cork, Ireland, and began his studies for the priesthood in England in 1961. He was ordained in 1966 in the Archdiocese of Westminster.

The new parish was formed in 2010 when the parishes of St. Lucy, Assumption, Sacred Heart, and St. Anthony merged. The new parish opened on Nov. 13, 2010. Its first pastor, Father Barcellona, has integrated elements from all the church sites. The parish is now led by Father Joseph Wallace, who was appointed by Bishop Dennis Sullivan as the pastor of Christ The Redeemer, Atco.

During the Depression, Catholic families in West Vancouver petitioned Bishop Timothy Casey to establish a parish in the area. In response, he sent Father W. J. Millay and his Oblate companions to the city. They started plans to build a new church on a site at Inglewood and Haywood Avenues. In 1912, the Archdiocese bought the property. A wealthy anonymous donor requested that the parish be named after St. Anthony of Padua, so the parish was renamed St. Anthony.

After the parish was founded, Father Dermot McInerney continued Monsignor Hobson’s work. The school’s new location on Keith Road was ready for students by September 1958, and it was attended by 110 children in Grades 1 to 5. In 1959, Father McInerney brought the Sisters of St. Joseph of Peterborough to assist him with administration. In 1961, St. Anthony’s School expanded and became part of a parish that included the parish of Christ the Redeemer.

As part of Christ the Redeemer Catholic Schools, St. Anthony’s School values every student as an individual and encourages them to embrace their differences. As part of the Christ The Redeemer West Vancouver Catholic School community, the school also promotes the learning of French as a second language. This helps students develop a greater appreciation of the French language, and fosters their appreciation for the French culture.

A founding member of the parish CWL, Maureen Ma is active in the community and the parish’s ministries. She sits on the parish’s executive and is a regular greeter and lector at weekend Mass. She is also a pro-life advocate, having served on the parish’s pro-life committee for decades. She and her husband also serve on the parish’s senior leadership team and the strategic planning council.

In 1933, the Grey Sisters of the Immaculate Conception founded St. Francis Xavier School in Chinatown. The school is part of the Vancouver Archdiocese, and has been rated the number one Catholic school in Vancouver. This Catholic school provides education for students in Kindergarten to Grade 7. The school’s students are divided into small classes of about 28 students.

The school’s library club was an under-the-radar activity until a group of grade sevens and grads started it in order to fulfill the school’s community service requirement. They organized two shows for the community in 2006, one at Christmastime and one in the spring.

There was a wonderful celebration of St. Josemaria Escriva’s feast day at the Corpus Christi Church on August 21, 2018. The main celebrant was monsignor Gregory Smith and guest celebrants included Fr. Julio Lagos, Fr. John Tritschler, and Fr. Anthony Ho. Attendees came from every continent and the unity of the universal church was evident. The main celebrant began his homily with a humorous observation about Opus Dei.

Maureen Ma has been an active member of St. Francis Xavier Parish for 26 years. She is a member of the choir at the 9:30 a.m. Mass and volunteers to sing for the Langara seniors’ home once a week. She holds a diploma in Scripture studies from Holy Spirit Seminary College in Hong Kong. She has served as a catechist and taught RCIA. In addition, she is an instructor and commentator for the parish Cantonese Bible Study Group. Currently, the group has about 150 members from the Lower Mainland and beyond.

A Jesuit, Francis Xavier had a great impact on the evangelization work of the Catholic Church. He was actively involved in the Portuguese colonies, and was even involved in the Goan Inquisition. His passion for God and the Gospel motivated him to become a missionary. His missionary methods were adapted to the needs of the communities he visited.

Tim McKinnon has been active in the parish for many years. He greets people at Mass and is an extraordinary minister of holy Communion. He also takes Communion to the shut-ins in his community. Tim is also active in many parish groups, including organizing Bible study, faith sharing sessions, and teaching the Alpha program. He also is a member of the Parish Education Committee. He organizes a men’s retreat every three years.

The parish of St. Anthony’s began celebrating Mass in the gymnasium of St. Anthony’s School in the 1980s, and the current church was built in 1990. It was designed by Oberto Oberti and dedicated on June 29, 1990. Archbishop James Carney of Vancouver and Bishop Peter Mallon of Nelson were present at the dedication. Father Timothy McCarthy was named the parish’s first pastor and served for more than 20 years. The parish also rebuilt its school in 2005.

The parish has grown to be a small community with strong ties to the local community. It has supported Catholic education and nurtured the journey of its members through faith. This is reflected in its beautiful liturgies, its outreach efforts to those in need, and adult faith formation.

The parish also hosts various events. On New Year’s Day, the church celebrates the Solemnity of Mary, Mother of God. The Epiphany of Jesus is another holy day, and the parish will hold two Masses on successive weekends.