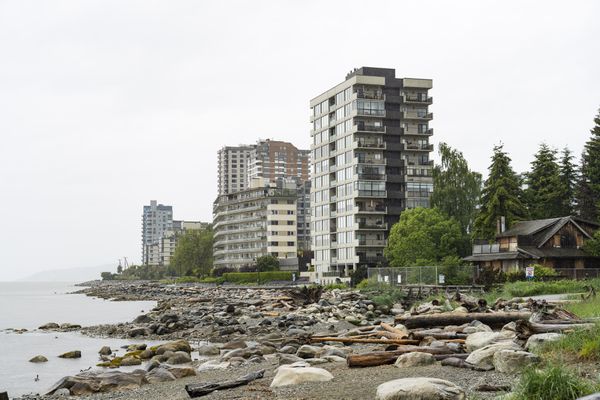 Before you start developing your home, it is essential to learn about the West Vancouver Zonings. These regulations govern all types of land in the Fraser Valley. If your property is in an area that is not permitted for a particular type of development, you should find an alternate site or apply to rezone it.

A Park Dedication Bylaw was recently passed by the District of West Vancouver Council, dedicating municipally owned lands adjacent to Whyte Lake as a public park. This bylaw also establishes a trail for the lake. It also includes recommendations for parkland protection.

West Vancouver’s Zonings bylaw governs the use of all lands. Each zone has specific regulations regarding permitted uses, building height, setbacks, lot coverage, and floor area ratio. You can check the zoning of any property in West Vancouver with the WestMap.

The city has created a comprehensive plan to guide development and provide a long-term vision for the area. The plan outlines policy guidelines for managing the natural environment, built environment, and public facilities. It also includes maps that define the types of uses permitted on individual properties. The comprehensive plan is reviewed every year and amendments can be requested.

A comprehensive land-use plan should consider the needs of residents and community groups. For example, a community may want to redevelop its foreshore. The foreshore area is in need of special attention and community input. This area is located within the Greater Vancouver Livable Region Strategic Plan.

A zoning bylaw must be approved by council. A developer may apply for a variance or change based on the zoning bylaw. For a laneway house, the director of Planning, Land Development & Permits will determine whether or not the proposal is appropriate. Ultimately, the decision on whether a laneway house is suitable for the neighbourhood will depend on the location of the laneway, the slope of the site, and existing views.

The District of West Vancouver recognizes community concerns about this and has taken action. They’ve amended the Zoning Bylaw to require residential lots to have a landscaping plan, which includes irrigation and on-property drainage. This is a step towards integrating water-balanced site development. This bylaw is a pioneering application of provincial legislation and partly fulfills the regulatory commitment made in the region.

Zoning laws in West Vancouver require that new homes have a minimum front yard setback of 7.6 metres and a minimum rear yard setback of nine metres. Although the existing home did not meet these requirements, it was exempt because it was built before the current bylaw was introduced. However, the West Vancouver municipality told the owners that they could not proceed with any structural work to the house until it was in compliance with the bylaw. After a March 10 inspection, the city discovered that a new building had been built on 75 percent of the original dwelling and its foundations had been removed.

A new prototype in the City of West Vancouver Zonings enables developers to create new housing in an affordable area. The prototype allows for a higher proportion of affordable units in the single-family zone, which creates more housing opportunities for low and moderate-income households.

The District of West Vancouver has responded to community concerns with concrete action, amending its Zonings Bylaw to require that properties have an environmental development plan. These plans should include on-property irrigation and drainage and incorporate a water balance approach to site development. This amendment is the first application of provincial and federal legislation related to S.523 and S.529. It also partially fulfills a region-wide regulatory commitment.

The Zoning Bylaw regulates the use of all lands in West Vancouver. Each zone has specific regulations for building height, setbacks, and lot coverage and floor area ratio. The District of West Vancouver has an online map that you can use to determine the zoning of any property in the city.

If you’re planning to build a new home in West Vancouver, you’ll need a building permit. The district is experiencing a backlog of applications for new residential construction. This is unusual for West Vancouver, which typically sees fewer new home building projects than other parts of Metro Vancouver.

To ensure that a building permit is issued in the proper jurisdiction, you must meet the minimum front and rear yard setback requirements. The District’s building bylaw requires that a property have a minimum front yard setback of 7.6 metres, and a minimum rear yard setback of 9.1 metres. However, an existing home is exempt from the current bylaw because it was built before the current one was implemented. However, this exemption is not permanent, as the property owners may have to pay for demolition costs.

In addition to the building permit, you’ll need to obtain a zoning permit for your project. Obtaining a permit is not difficult, but it is not free. To avoid any delays, ensure that your project meets the zoning requirements and is within code.

In response to residents’ concerns about West Vancouver Zonings, the District of West Vancouver has amended its Zoning Bylaw. In particular, residential lots are now required to include a landscaping plan, which includes irrigation and on-property drainage. This amendment also integrates a water balance approach to site development. The amendment is believed to be the first of its kind in the province. It also partially fulfills a region-wide regulatory commitment.

The lack of an industrial tax base in West Vancouver resulted in financial difficulties for the municipality in the 1950s. The city’s municipal leaders tried to solve this problem by rezoning prime waterfront land, but faced a strong backlash. Today, 90 percent of West Vancouver is still zoned for single-family homes.

During the process of determining the location of the proposed arts centre, westvancouverite conducted a survey to gauge residents’ opinions on the project. Unfortunately, the results of the survey would be flawed, as respondents were not permitted to say, “We Can’t Afford a $38 million Arts Centre ANYWHERE!”

A major issue in West Vancouver is the lack of affordable housing. Local leaders have criticized a lack of diversity in housing in the area. This has led to an update of the city’s Official Community Plan, a document that forms a key plank in the municipal planning process.

The council will consider the report at its meeting tonight. The goal is to limit the floor area of new single-family housing in some residential zones based on minimum lot size. The report shows that 63 per cent of West Vancouver residents have concerns about the size of new houses in their neighbourhood. Moreover, 66 percent are worried about the lengthy construction disruptions in their neighbourhood. Residents also support the introduction of new regulations for building design.