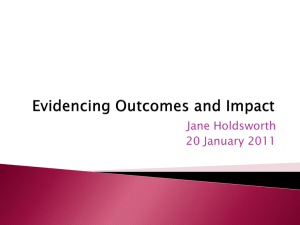 The West Vancouver Community Foundation is a nonprofit organization that grows and manages funds donated by the West Van community and distributes grants to a variety of recipients. As a result of its role, the Foundation provides leadership and philanthropic services to improve the quality of life for West Vancouver residents. For more information on the Foundation, please see our website. We are committed to ensuring that your donations are used for the greatest good.

The foundation supports organizations and programs on the North Shore, including Aboriginal groups, environmental education, and green space programs. The community grants program consists of three distinct areas of funding. The Foundation is excited to see many of the in-person programs re-start in 2022, thanks to the community grant money. To qualify for funding, organizations must submit an Impact Report from previous grants they have received from the foundation. In order to receive a community grant, an organization must submit its final Impact Report for the previous year.

The next round of grant applications is now open. The application period is November 15 to January 31, 2022. Successful applicants will be notified in March, and awarded grants in April. To apply, non-profit organizations in the West Vancouver area must be registered charities and qualified donees with the Canada Revenue Agency. If you are interested in applying, please contact the foundation’s grant application office. If you are successful, we will reach out to you to discuss your proposal further.

The West Vancouver Community Foundation (WVCF) is an independent community foundation whose primary function is to connect caring individuals to causes. Founded in 1979, the WVCF has built up a charitable endowment of more than thirteen million dollars, much of which supports local community projects. The foundation’s goal is to foster a vibrant, healthy community, and accepts legal responsibility for projects that benefit the local community. To support local charities and organizations, individuals can make tax-deductible donations to the foundation.

The Foundation’s endowment funds a range of charitable causes in the community, from scholarships to local nonprofits. One of its many projects is the Kay Meek Centre, which showcases artistic excellence and a variety of experiences unavailable in West Vancouver. Its generous donors support the Kay Meek Centre, which is located in the heart of the community and hosts many other events, including theater, music, dance, and film. To learn more about the work of the Foundation, please visit its website.

This year, the West Vancouver Community Foundation released its Vital Signs report, a comprehensive report of the city’s civic priorities. The report is based on responses from over 500 residents and has become a benchmark for community foundations. Mayor Mary-Ann Booth explains that the report is a sort of council report card. It provides a “feet-on-the-ground” view of the community’s health and wellbeing.

A North Shore Mayors’ Golf Tournament, which was oversubscribed in 2009, raised $108,000. This tournament was a great success, with 150 players signing up. Proceeds from the event are distributed to local charities, including Hollyburn Family Services, a youth safe house, and the “A Pathway to Home” pilot project. This program brings together the human resources needed to help the homeless and place them in a safe environment.

The West Van Memorial Library is a public library located in the district municipality of the same name in the Canadian province of British Columbia. It provides a range of services for people living in the area, from reading and research materials to books and movies. Its goal is to support the community through its many programs and services, and the Foundation seeks to continue building and improving it. To learn more about the foundation’s work, read on.

The West Van Memorial Library Foundation believes that great libraries build great communities. By providing funds for Library projects, the Foundation helps ensure that the West Vancouver community can access the best public library services and programs. These projects are highly valued by the community, and they need full support to be successful. By donating to the Foundation, you can help ensure that everyone in our diverse community has access to the highest quality public library service.

Since opening its doors on November 11, 1950, the West Van Memorial Library has continued to expand. The West Vancouver Municipal Library offers numerous services to its customers, including music appreciation, local history, technology, and health. Its cultural programs include multicultural engagement, English language learning, and reconciliation with Indigenous people. A community of over ten thousand people uses its programs and services every year. To celebrate this achievement, the foundation has established a new fund called the West Van Memorial Library Foundation of the West Vancouver Community Foundation.

Dekker, stepping down as school board chair this year, will leave a leg up in the future for West Vancouver schools with a $10,000 donation. The West Vancouver School District approved establishing an endowment fund last spring, and the official announcement came at Dekker’s last board meeting. The endowment fund is a permanent source of funds for the school district, which will be protected from inflation and will receive distributions from the interest it earns.

The West Van Community Foundation accepts contributions by cheque, monthly payments, or online using Canada Helps. Make sure to specify the West Vancouver School District Endowment Fund in the recipient field, then select “West Vancouver School District Endowment Fund” to make your gift. Please note that a 3.9% service charge is charged by this non-profit organization to cover their credit card and banking fees, as well as other operating costs.

Other programs offered by the West Van Community Foundation include the Margaret Mitchell Fund for Women, which supports projects and initiatives that advance economic justice and equality for women. The fund prioritizes projects that help women gain power in their communities. The Foundation also offers neighbourhood small grants for community-building projects, which have included native plant walks, gardening workshops, and food share stands. These grants are particularly useful in fostering the awareness of agriculture in Metro Vancouver.

Other organizations supported by the West Van Community Foundation include Students for Education, Empowerment, and Development, a charity that supports schools in Inner Winnipeg. The organization provides scholarships to students and organizes summer international internships. During school hours, the West Van Place for Sport will serve as a community track and field sports facility. These projects will benefit both public schools and students. It is essential that West Van Community Foundation donors provide the school district with financial support.

The West Van Historical Society is a nonprofit organization that supports the work of the Museum and Archives of West Vancouver. The Society’s newsletter, History-Onics, is published twice a year and contains interesting vignettes about West Vancouver’s past. The newsletter was first named Histrionics but was later renamed History-Onics to reflect its new name.

The West Van Historical Society was formed in 1980 as a committee within the Rotary Club of the West End. A group of Rotarians formed an interim executive committee and organized events to attract new members. A memory cruise aboard the old West Vancouver Ferry “Hollyburn” drew new members in 1981. The Rotary committee stepped aside after attracting new members and called for elections of officers from within the society’s membership. The Society held its first annual general meeting in January 1982.

The West End is a district of downtown Vancouver that has a history of maritime trade. The area is home to the Cypress Provincial Park, one of the venues for the 2010 Winter Olympics. The West End is also home to the first shopping mall in Canada, the Park Royal Shopping Centre, and the Horseshoe Bay Ferry Terminal, one of the main connecting points between the mainland and Vancouver Island.

In addition to a variety of programs and services, the library offers several programs. Many programs focus on music, local history, health, technology, English language learning, and multicultural engagement. The Library serves tens of thousands of people in the West Vancouver community. You can make a difference by making a donation to the foundation today. Its programs and services will enhance the West Van area’s cultural heritage and enrich its community.