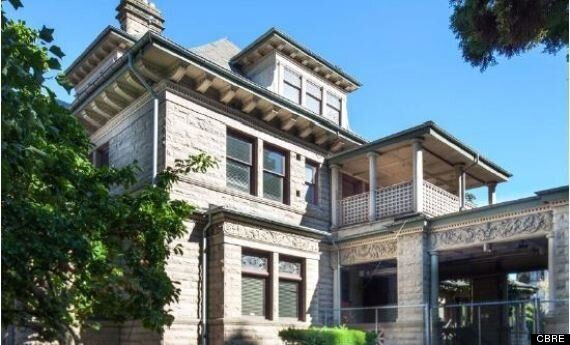 The Navvy Jack house, a derelict heritage building in Ambleside, is considered the oldest continuously occupied house in the Lower Mainland. The District of West Vancouver is currently considering what to do with the heritage house, which needs major repairs. Whether the house will be restored or demolished remains to be seen. For now, it will remain a historical site for locals to explore. If you’re interested in learning more about the history of this unique West Vancouver home, read on!

The oldest house in West Vancouver is Spencer House, which was built in 1913 and is listed on the community heritage register. It was featured in a 1918 West Vancouver promotional brochure illustrating the idyllic lifestyle in a natural setting. The house was also the highlight of the Gardens Beautiful Tour in 1939, praised for its flower-filled gardens, rare shrubs and trees, and spacious lawns. While extensive renovations have changed its form and scale, much of its original character has survived.

Originally named Aberthau Mansion, the house underwent several renovations, which contributed to its modern form. The house now features a new main doorway on West 2nd Avenue. The interior features an elegant oak room with ribbed plaster ceilings and linen-folk oak paneling. Its location on the highlands of the Point Grey neighbourhood allows it to offer breathtaking views of English Bay, the Gulf of Georgia, and the City of Vancouver.

The Spencer House was built on 10 acres in the Kerrisdale district, where a wealthy businessman owned an acreage. The property was named Wilga, after a shrub in Australia that was resistant to drought. While the Martin brothers spent millions on the building, they lost their fortunes. William Martin became bankrupt by 1917 and his daughter Elinor said her father sold the property to Franciscans for very little money.

During the past 150 years, Navvy Jack and his family have lived in the Navvy-Jack House in the downtown core. They moved there when they were young and eventually became part of the indigenous community. The West Vancouver Council, which owns the house, recently approved the demolition, but not before a Heritage Advisory Committee examined the Navvy-Jack House.

Originally built in the 1860s, the Navvy Jack House is the oldest continuous-use residence in West Vancouver. The building was built by Coast Salish Chief John Thomas. He and his wife Magdeleine raised four children in the home, which is still standing today. Their descendants include many Squamish people and Leonard George. Today, a museum commemorating the history of the Navvy Jack House is located in West Vancouver’s historic downtown core.

The Navvy Jack House is the oldest building in West Vancouver, and was built in 1872. It was skidded down from a logging camp on Hollyburn Mountain and then barged to the site. The story behind the Navvy Jack House is fascinating and worth a look. There are several fascinating stories and photos to be had on this house. If you have never visited it, I recommend you take a tour.

Despite its age, the Navvy Jack House is in danger of being demolished. After a community response, the demolition was put on hold. Today, the NJH Citizen Group is working to save the historic building. The deadline for building a conservation case is September 14, 2020. It is vital to keep the historic structure intact. So, please, tell your friends and family about this historic landmark in West Vancouver!

The Hycroft Manor is a historic property in West Vancouver that is now a convention centre. Originally built for the University Women’s Club, this historic home is still a popular location for weddings, social events, and corporate meetings. However, the Hycroft is not without its ghosts. According to rumour, the house is haunted by seven spirits, including three WWI veterans and a nurse. They have been spotted on the third floor.

This massive Victorian mansion, built in 1929, features a rolled-eave roof that’s very rare in this part of the world. This house also has a garden teahouse and a coach house. The original owner of this historic house was a lawyer and liquor magnate, and the house was later owned by a lieutenant-governor. It was then later used by several religious institutions, but some features remain from its past.

The posh neighbourhood of Shaughnessy Heights is one of the oldest in Vancouver. McRae Avenue is located near the intersection of 16th Avenue and Granville Street. In this neighbourhood, you can find the McRae Mansion, better known as Hycroft. Built by industrialist Alexander Duncan McRae, Hycroft Manor is the oldest house in West Vancouver. Hycroft Manor is still open for tours, and the house also hosts events and fundraisers.

Elinor Martin grew up in the neighbourhood, and she and her brother, William, named their houses after shrubs that were drought resistant in Australia. They had built their homes in the early 1900s, and by the time they were sold to the Franciscans in the late 1930s, they had an eclectic democratic bent. As a result, the Wilga house was on Heritage Vancouver’s endangered list.

The Navvy Jack House, built in 1872, is believed to be the oldest continuously occupied home in the Lower Mainland. It is now in poor condition, and a recent staff report estimates restoration costs of $2.3 million. The group, which aims to save the house and other historic buildings in West Vancouver, is pursuing provincial funding to help the community restore this landmark. Ultimately, the restoration process will take many years, but the community’s efforts have resulted in a decision to keep the Wilga house.

The oldest house in West Vancouver is located at 1990 Fulton Ave., on an acre lot. The home is 4,049 square feet, with a two-bedroom legal suite in the basement. It is the first house on the island with such high ceilings and 22-foot ceilings. The house was built by liquor magnate George Reifel, who was also a bootlegger. The interiors of the home are spacious, with elegant fireplaces and wood-paneled walls and ceilings.

The Orpheum Theatre is located at 761 Granville Street in Downtown Vancouver. It was built in 1927 and first opened as a vaudeville house. Vaudeville became extinct in the early 1930s, and the theatre was slated for demolition. The city of Vancouver bought the building for $7 million in 1974 and began renovations. The Orpheum reopened to the public in 1977.

The Orpheum Theatre’s name is derived from the name of its theater in the Victorian era, and the building itself was designed by a group of architects. One of the most notable features of the building is its neon sign, which was donated by Jim Pattison. The neon sign was used for several science-fiction films and series, including Highlander: The Series and the Dan Mangan documentary.

The Orpheum Theatre’s Wurlitzer organ is the oldest theatre organ in Canada. It was removed in 1977 for the stage to be enlarged. It has buttons for bird’s twitter, surf sound, auto horn, door bell, and drum set. The organ was designed by architect B. Marcus Priteca and still features the Wurlitzer organ. Interestingly, the organ still plays the original Wurlitzer, even in the absence of the orchestral organ.

The Orpheum Theatre was designed by Marcus Priteca, who also designed hundreds of other Orpheum circuit theatres around the world. Priteca, a Seattle architect, incorporated a variety of cultures into his architectural design, which included grand staircases, gold leaf, and a giant gilded dome. A tour of the Orpheum includes the basement, the original ice-block air conditioning room, the 140 Czechoslovakian crystal chandeliers, and a brief explanation of how the giant chandelier was suspended.

Once a tuberculosis ward, this home later became a fraternity house and then a monastery. In the mid-1960s, it was home to the University of British Columbia fraternity Delta Epsilon, and a religious cult called the Order of St. Benedict. During this time, the building saw a lot of activity, including an archbishop who was on the run from charges of bigamy and was later linked to child abuse. Eventually, Fairacres was purchased by the City of Burnaby and is now the home of the Burnaby Art Gallery. Even today, it is home to one of the most haunted buildings in Vancouver.

The Shannon Estate was put on Heritage Vancouver’s endangered list in 2011. This is because heritage officials were concerned about new building scale, height, and density. Currently, five of the property’s 10 acres are open space, which feels like an old-fashioned luxury in this age of density. In 1903, William and J.J. Miller emigrated from drought-stricken Australia to B.C., where they made their fortune in Prince Rupert. They eventually built their own home in Grandview called Kurrajong.