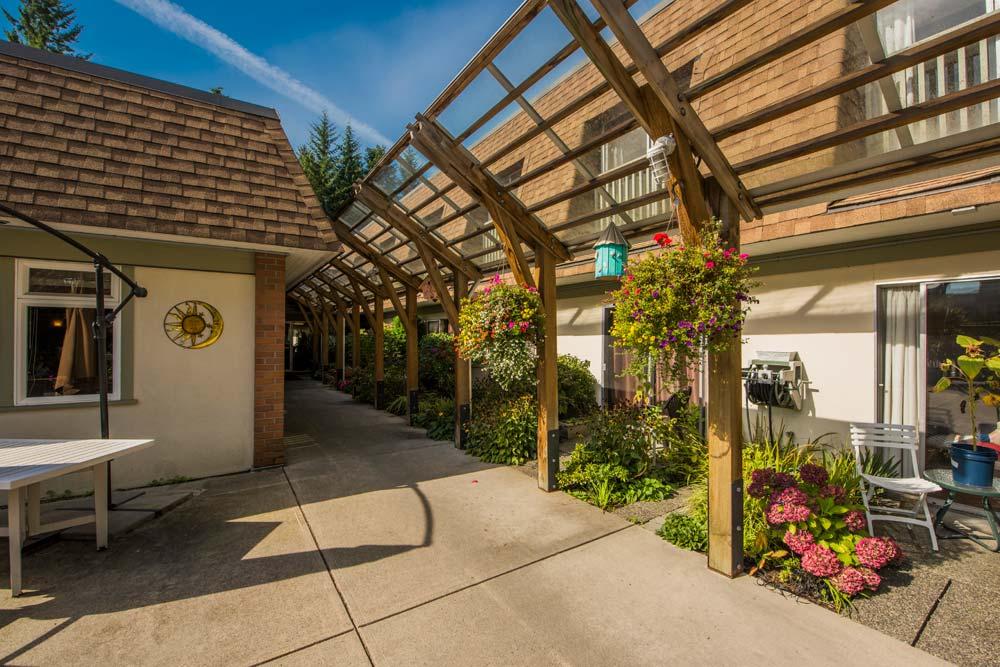 If you are considering putting a loved one in a residential care facility, you might be wondering how to find the West Vancouver Care Centre. Fortunately, the centre has a contact form and does post information on their website. While it’s best not to post confidential information here, they will be happy to answer any questions you have. After reading through the article below, you will have a better idea of what to expect from a residential care facility.

The Capilano Care Centre in West Vancouver is set to close by the end of 2022. The closure is a result of a recent contract change that arose from a dispute between Revera and the hospital. The closure was expected, and families of residents have been told about the closure for several years. The building’s age and the lack of modern amenities have made it impossible for Revera to make necessary renovations. Finding suitable land for redevelopment has proved a challenge.

Among the most recent cases at the facility was a COVID-19 outbreak that killed 26 residents and sickened 76 staff members. The outbreak is the worst in the province to date. Since Nov. 9, 115 people have been diagnosed with COVID-19, and the death toll is expected to rise. Vaccination programs are currently underway and the health ministry is urging residents to seek treatment early to prevent the outbreak from spreading.

Another cause of the closure is the illness itself. In April 2018, Evelyn Frances MacDonald died in a capilano care home, where she had been residing since her early eighties. She died of respiratory failure and other complications. The family is now suing for $2.2 million. The hospital has yet to publicly share the reasons for her death, but has provided support for the families of patients in need.

Aside from the hospital, DynaLIFE has a number of locations in the Edmonton area. This facility is conveniently located near Cleveland Elementary, Westview Elementary, and St. Thomas Acquinos Secondary. The clinic also offers a number of services for community patients. It is important to note that DynaLIFE has more than 25 patient care centres in the Edmonton area. This organization is also an active part of the community, providing collection services for patients in the neighbourhood.

The aging Inglewood Care Center is facing major renovations. The nonprofit group Baptist Housing is behind the project. The proposed 230-bed care centre will provide more than 200 long-term care beds to local residents. It will also feature shared amenities, such as a bistro, dining room, gym, salon and quiet courtyards. The project is expected to take seven years to complete. While the project has generated concerns over traffic, it has also gained attention for innovative design features.

Inglewood is a 60-year-old building that houses 230 residents. Its new model would allow for more privacy and safety. It would have two elevators to provide safe access to residents and a multipurpose room to host family visits. The multi-purpose room would also allow staff to carry out safety protocols. Visitors won’t have to cross hallways or go into residents’ rooms, so there is no risk of transmission of infectious diseases.

Inglewood is split into two buildings, one on Taylor Way and one on Burley Drive. The redevelopment plan calls for a total of 699 units, which is more than twice the number of beds at Lions Gate Hospital. It is a “household of twelve,” which limits the number of interactions among residents during viral outbreaks. Unlike the Park Royal / Gateway twin tower project, the Inglewood Care Centre project would be the first in Canada to use pandemic-informed principles in its design.

Inglewood is being expanded to provide independent and supportive housing options for residents, as well as affordable housing for staff members. The next phase of development is expected to include three additional buildings, providing long-term care and assisted living suites for those who are financially unable to pay for care. The project’s design and cost have undergone several changes. The public comments and suggestions from the city and Vancouver Coastal Health have resulted in some adjustments.

The survey results were compared to those of the Province of B.C. to gauge resident satisfaction at a care centre of this size. The survey asked questions about resident health, emotional health, and physical health. It also asked questions about the role of physicians in providing care and communication with residents and their families. Results were presented with brackets, indicating the number of responses for MFVs. The survey questions also reflected the perception of care and support residents have for the nursing staff.

The researchers used a cross-sectional survey design to gather the required data. They included resident satisfaction, staff satisfaction, and dependency levels. They conducted this study in two types of facilities, a care home and a hostel. Residents at these facilities met a predetermined criteria to participate in the survey, including the ability to read and write English. Care staff were also invited to participate in the study. The survey results are presented in tables and graphs.

As a result of the survey, the majority of residents and staff of the West Vancouver Care Centre are moving to the Creekstone Seniors Home. The newly built Creekstone Care Centre is set to add 150 publicly funded beds and 30 privately-paid beds. This will provide families with an additional 150 beds to care for senior citizens. This decision is likely to have a negative impact on the residents’ quality of life. In the interim, West Vancouver Care Centre staff will work to find other locations that can accommodate these residents.

The study’s findings were presented to senior leadership in a process known as member checking18. They were verified by the senior leadership. Finally, the results are being disseminated to residents, staff, and family members. Feedback from the presentations has confirmed the validity of the findings. This study will also be useful in assisting in identifying the needs of residents in different neighborhoods. If all residents and staff are satisfied with the care, the new model can be replicated elsewhere.

A second COVID-19 outbreak has been declared at the Amica Edgemont Village seniors home. Six residents and 12 staff members have tested positive. Two of the affected staff members have recovered from the virus. The outbreak has affected the 99-bed care facility in West Vancouver. The hospital and care centre said that there are no new admissions and visits are suspended until further notice. The hospital also said that the case count is very low, and there was no significant increase in the number of affected residents or staff members.

Two days ago, the province announced an outbreak of COVID-19 at the centre, and that one resident had died. Sixteen staff members and 20 residents are now in self-isolation at their homes. Most of the residents have only mild to no symptoms. As of last Friday, the province had reported 671 new cases and three deaths. While the situation is still ongoing, the home care providers’ group has asked the government why the booster shots are not being rolled out faster in B.C.

Since the outbreak was announced, designated visitor visits to the facility have been suspended. The facility has made arrangements to increase staff on site. In the meantime, it has also posted red signs on the doorways of all residents who are room bound. The outbreak is confined to the Lodge building, and other buildings in the complex remain unaffected. Those who live in those buildings must undergo COVID-19 testing.

An infection prevention and control program has been put into action at the West Vancouver Care Centre. VCH has put in place strict infection prevention and control measures. A medical health officer has been on-site to address staffing shortages, and a staffing plan has been implemented to compensate staff members with sick days. A medical health officer has been on site 24/7, and the center has increased wages for staff cleared of the virus.

Moving to a new facility

After three years in the current building, the West Vancouver Care Centre is looking for a new home. A rezoning application is being considered by the District of West Vancouver for a new building. This will allow the facility to house 12 residents per floor, rather than the 43-to-51 that now live there. The new building will also have a dining room and a larger community room, which will help alleviate the current large-group dynamics.

The new facility will be a far cry from the original, but it is much nicer and more modern. There are more windows, a view of the mountains, and each resident will have their own private room. In addition to a private room, there will be smaller “neighbourhood” units for the residents to feel like part of the same community. The new facility is expected to be open in 2028. The existing buildings will remain, however.

The district’s plan to build a new senior’s home has sparked controversy. The West Vancouver Care Centre is a former Catholic church. It has been in operation for almost 50 years and is located in West Vancouver’s Cascade neighbourhood. The current building, which was built in 1950, was considered a top priority for closure. The District has asked for proposals for a new facility that will replace the West Vancouver Care Centre’s 75 beds. This will also create additional beds on the North Shore.

The West Vancouver Care Centre has an outbreak of COVID-19. Residents at the facility were vaccinated with the virus on Dec. 24. The outbreak was first reported in March, and the number of infected people rose to 82. The West Vancouver Care Centre, which is owned by Revera, says it is taking measures to prevent it from reoccurring. The new facility will have more rooms, and the residents will have access to more resources.