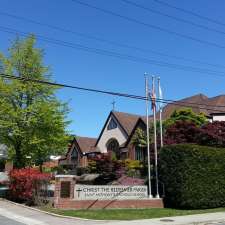 Christ the Redeemer is a place to experience God’s love in a very personal way. In addition to the many services held each Sunday, the church is also home to some of the most beautiful artwork in the world. Many of its paintings are on display in galleries and on the church’s website. Here are some of my favourites:

Robert Hickson was a lifelong Catholic and devoted to his faith. Born in Edmonton, Alberta, he was a graduate of the Victoria Composite High School in Edmonton and received the highest award in his graduating class. After leaving school, he worked in a gold mine in Yellowknife, earning money to continue his studies. He then moved to Ottawa, earning his Bachelor of Science in physics and Masters of Theology. Later, he served in churches and organizations, serving as a youth driving instructor for students with disabilities.

As a choir director for over 65 years, Antoinette Knight played a pivotal role in the life of her parish. She served as accompanist, assisted in the parish’s music program, provided music at funerals, and even helped with the parish’s gardening. Read more about her service as a past recipient of the award here. This award is one of the highest honours of the church.